Digital evolution in the pharmaceutical realm

The technological advancements of the 21st century have had a significant impact on the nature of the pharmaceutical industry. From largely upscaling manufacturing sales to profoundly increasing sensitivity in quality control assessments, the change has been unimaginable for workers who have been in the field long enough to watch the advancements evolve. As we advance further into the digital age, we are seeing technology become its own sector of the therapeutic industry. What are we getting at here? Two words: digital therapeutics.

What are digital therapeutics? 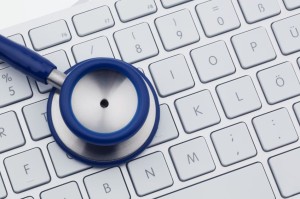 Digital therapeutics are software programs such as mobile apps or online platforms that can be used for the treatment or management of certain disorders. They are different from medical devices, which are physical instruments used for health management such as an inhaler or a pacemaker. With promising data arising out of early studies, some say this sector of technology finally gives it the substantial, meaningful application we’ve been looking for.

Think you have an idea for a potential digital therapeutic? Now is the time to bring your ideas to fruition! Facing the unknown future
No Responses.